As part of a larger project to renovate and modernise the property, GreenGenUK was tasked to handle the solar thermal installation at this property situated between Helston and Penzance in Praa Sands. 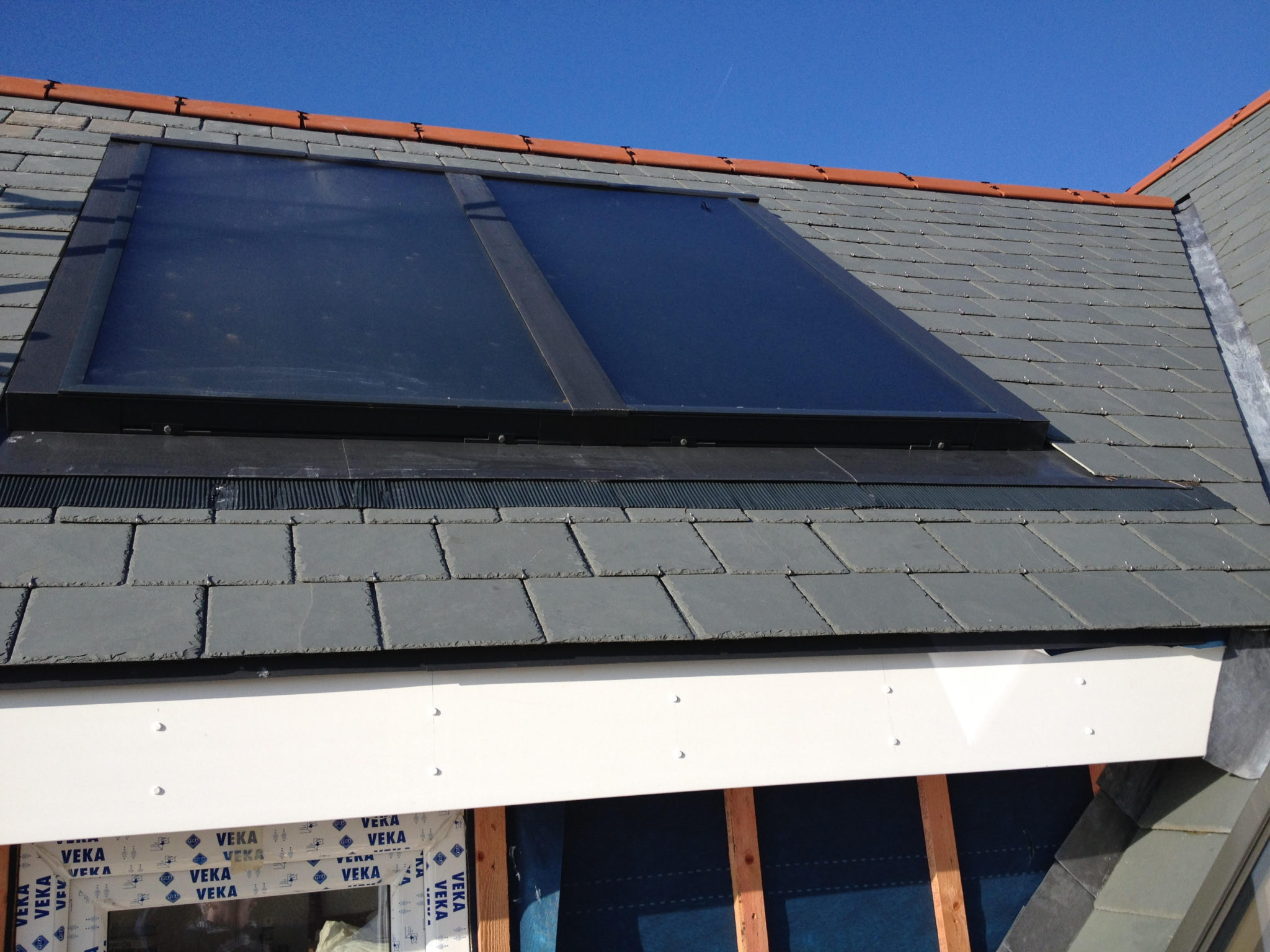 Following on from our initial meeting where a better understanding of the project and the needs of the customer, GreenGen provided a number of different quotations to the customer. By providing more than one basic proposal, we were able to put the power in the customers’ hands when it came to selecting the solar thermal system that best suited the customer preferences and the nature of the renovation.

After discussing at length the alternatives with the customer, the decision to proceed with a solar thermal installation was confirmed. The system the customer opted for consisted of:

As agreed, GreenGenUK were to connect the solar thermal system to an existing 210l cylinder.

This particular customer opted for a solar thermal installation comprising of flat plates due to their sleek appearance when installed in the property’s slate roof.

As anybody who’s received a quotation from GreenGenUK over the past five years, our detailed Proposal Pack not only breaks down exactly what customers will be paying for, but also breaks down the benefit they can expect from their installation.

The Renewable Heat Incentive, more commonly referred to as the RHI, is a government-backed scheme that was initiated to incentivise the uptake of renewable heating technologies in both domestic and commercial properties.

The scheme pays customers for the renewable heat their system generates each quarter over a period of seven years for domestic installations and 20 years for commercial systems. The rate of payment depends on when a customer enters into the tariff but is guaranteed for the scheme duration.

As of 16/03/2016, the RHI tariff for domestic solar thermal installations is 19.51p per kilowatt hour of heat generated by a system.

As an MCS accredited installer of solar thermal systems, all of GreenGenUK’s solar thermal installations are eligible to be entered into the RHI scheme. For more information on the RHI scheme and how it could benefit you as a homeowner, visit the Domestic RHI website.

If you’re interested in seeing how a solar thermal installation or any of our other renewable technologies could benefit you and your home, contact us straight away.

Email info@greengenuk.com with your query or call the office on 0800 093 3299 and one of your renewable experts will be able to help.