Finally, the Feed-in Tariff cuts have been announced, but what do they mean?

After months of speculation regarding the future of the Feed-in Tariff, the Department of Energy and Climate Change announced yesterday the extent to which the financial support for solar installations would be scaled back. 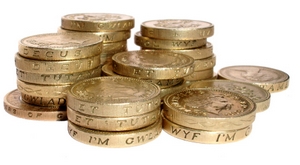 This article breaks down the key points of the Feed-in tariff cuts and the impact they will have to the consumer.

How the Feed-in Tariff cuts break down

Following a consultation process that lasted in excess of three months, the government announced that the cuts to the Feed-in Tariff will be going ahead. But following on from the countless responses opposing the proposals, DECC revised the extent of the cuts, all of which were announced yesterday.

What are the new Feed-in Tariff rates?

The following solar Feed-in Tariff cuts will come into place early in January 2016:

When will the Feed-in Tariff cuts come into play?

The full consultation also sets out how the new tariff rates will be introduced, with payment rates set at a level to reflect a ‘4.8 percent return on investment’. After exercising a clause that allows for a ‘pause’ on Feed-in Tariff payments, in effect, the cuts to the Feed-in Tariff will come into action on the fourteenth of January.

In accordance with legislation, the tariff changes cannot be actioned until 8 February. However, by opting the pause clause, any installations installed on or after the 15 January will only be eligible for the revised rates. Protected the new budget allocation of £100 million is quoted as being the reason behind the two-week pause.

As with the structure of the previous Feed-in Tariff regime, the tariffs will be subject to quarterly digressions. The first digression will take place at the end of March and will see the rates fall by approximately three percent.

With the adjustments to the Feed-in Tariff cuts comes the introduction of deployment caps.

Basically, the deployment caps put a limitation on the capacity of solar that can be installed per quarter. The cap is different for each specified capacity. If and when the deployment cap is reached, any further solar installation that quarter will be placed in a ‘queue’ until the new cap opens. The government has stated that deployment capping is the best way to control the costs of the scheme.

Installations undertaken during this period will receive no payments until they are successfully registered under the new cap when it opens. However, there is a rollover clause that means any unused capacity is rolled over into the following quarter.

So, what impact will these changes have on the customer?

Despite the severity of the cuts, standing somewhere in the region of 64 percent, the actual figures are an improvement on the 87 percent cuts initially proposed. As a result, systems up to 50kWs can still be viable moving into 2016, whereas deployment of larger systems is likely to all but disappear.

Based upon up-to-date panel prices and installation costs, GreenGenUK estimate that system ranging between 0 and 50kWs could still offer a payback period of between seven and ten years, dependant on system specifications and consumption. The key for the solar industry, now, is to find ways of reducing the cost of installations and increase the percentage of the solar energy we generate we are able to consume. Battery storage is around the corner and could be the answer.

The main point of concern for solar installers following on from the announcement is the ‘pause’ that will commence on 15 January and run through until the cuts come into action early in February. These cuts will give installers just two weeks after Christmas to carry out any outstanding installations. This means that the chances of any new customers still hoping to install solar before the tariff is slashed are likely to miss out. Enquiring with installers now will give a better understanding of installation availability and your odds of squeezing a system in.

Customers looking into the possibility of solar after the cuts come into action as of February next year are likely to be concerned with the idea of the insecurity the introduction of deployment caps could bring. With no guarantee of which tariff customers will be eligible to receive and when they may start, the way we purchase solar may differ.

Concerns with missing out before quarterly digressions could force customers away from trying to install systems just before the deadlines and encourage uptake earlier in the quarters. Although this will have the benefit of clarity, early consumption of deployment cap could cause a snowball effect with backlogs of installations awaiting registration. This would see typical rushes and panics usually seen at the end of quarters swapped to the beginning.

Customers concerned with deployment capping should take comfort in the fact that the first digression, scheduled for April 2016, sees a reduction of just 0.07 pence per kilowatt-hour. As such, the effect of any ‘queuing’ caused by deployment capping will only have a small impact on the overall returns of an installation.

GreenGenUK is confident of being able to offer financially viable solar PV solutions after the cuts that can still offer competitive rates of return. Our calculations suggest payback periods somewhere around the eight-year mark.

With decreases in the costs of components, as seen following previous cuts to the Feed-in Tariff, are expected and it is our job as an installer to find ways of reducing the costs of our systems to provide customers with more lucrative alternatives.

From January, we will also be offering battery storage solutions to new and existing customers.

To discuss the implications of these cuts and to see how GreenGenUK solar installs can still benefit you, get in touch.